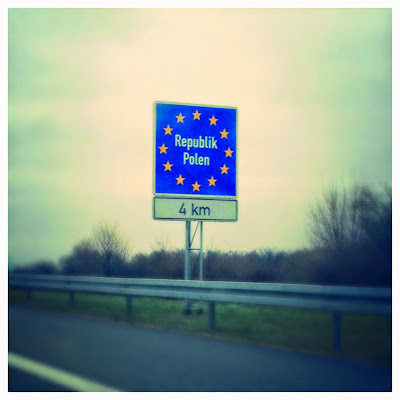 When planning this two week Co-Fam 2.0 EuroTrip we decided a road trip was necessary.  Luckily, Nicole was on spring break (she's a teacher) so she could join us for the adventure.  Ryan wasn't so lucky and he had to stay behind for work.  After five full days in Prague we took the train from Prague to Dresden, picked up our rental car and headed for Krakow, Poland.  *We rented our car from Dresden because we would be dropping it off in Frankfurt and it was significantly cheaper to pick up/drop off in Germany, rather than pick up in Czech and drop off in Germany.  Lessons learned.


Once we found Avis, picked up our car and found our way out of the city we hit the Autobahn and headed for Krakow (or so we thought...)  We quickly discovered we were heading in the completely wrong direction and because we travel old school when in Europe (ie. no GPS or iPhone data plan) we were 100% reliant on our trusty map book.  This misdirection was the first of many confusions while road tripping through Europe.  We've road tripped through France and found it easier to navigate than this time around, but while you could cut the tension with a knife at some points, I highly recommend stowing the technology and relying on the map book...it just makes things more exciting!  Side note: When traveling with your partner and child, make sure to have a third adult involved.  Nicole saved us from killing each other with the silent treatment on several occasions.  Thanks, Nik, for literally taking the front seat at times!

From the German border until Krakow we literally saw nothing.  Joel commented on the sky, which was a nice shade of "communist grey" and we just drove straight for five hours before getting lost in the outskirts of Krakow and having to stop at McDonalds to hijack some wifi (not even the map book could save us this time!)
We found Krakow's Old Town to be quite charming and very easy to navigate.  Our hotel was located about 20 minutes from the Old Town's core, so we parked our car upon arrival to Krakow and didn't use it again until we left the city.  Our first night in Krakow was nothing short of magical - we wandered around for a few hours and I fell in love immediately.  I think Krakow has taken first place for my most favourite European city (Vienna was previously number one, for me). Check out Krakow in photos:


When planning this road trip Nicole and I brought up the possibility of venturing into Poland.  We chatted about it over FaceTime and text message for a while, until we decided...it must be done.  Before heading on this EuroTrip I had only ever experienced the more "western" countries of Europe (Germany, France, Italy...) so Poland seemed extra foreign to me.  What's more, I really wanted to get to Auschwitz if we went to Poland.  Some little kids have dreams of going to Disneyland, but when I was about ten years old I decided I really would need to see Auschwitz at some point in my life.

Joel and Charlee didn't come to Auschwitz with us (in fact, small children are not allowed at the site), but Nicole and I spent a few very important hours together in remembrance.  At one point, while in the barrack that is now the Dutch memorial, we realized the magnitude of what we were experiencing.  Here we were, two good friends, one of German ancestry and one of Dutch ancestry (former axis and ally powers) standing together and sharing some tears over the atrocities that were committed at Auschwitz.  Isn't it incredible how much can change in only 70 years?  Maybe it's more frightening to realize how much has actually stayed the same... 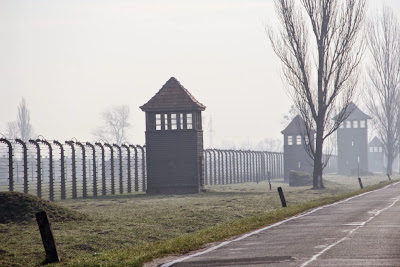 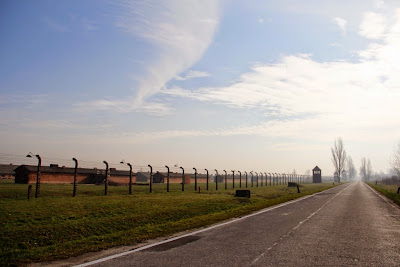 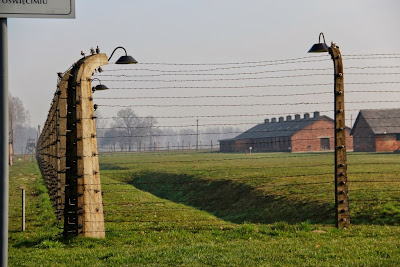 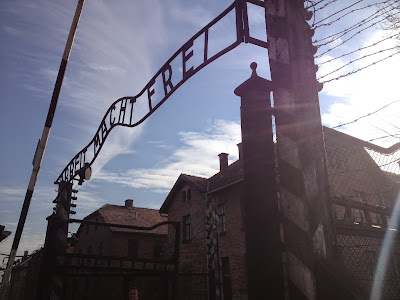 And with that, we left Poland with an imprint that will be forever on our hearts.

xxk&k&charlee rae
Posted by Karley Alleyn at 8:12 AM