Where the Green Grass Grows

We are home from our two week European tour and while we absolutely adore traveling, we always love coming home.  We've seen many beautiful corners of the world, but nothing quite compares to our own Alleyn Acres.  That said, this is a post I've been meaning to write for a while.  I recently discovered that one can get their blog(s) printed into books, so I fully intend to do that with this blog because it is somewhat of a record of Charlee's first year.  A book of Charlee's first year wouldn't be complete with a tale about our beloved home.  So here it goes...

We bought our house in March 2013 after our conditional offer sat stagnant for about five months.  We had been looking for our house for three months and we placed offers (which fell through) on three different houses before we saw the listing for our house and we knew we just had to have it.

Here are some listing photos of our house: 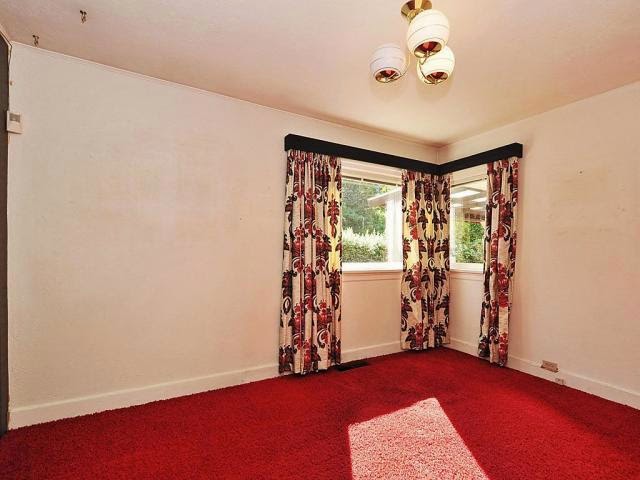 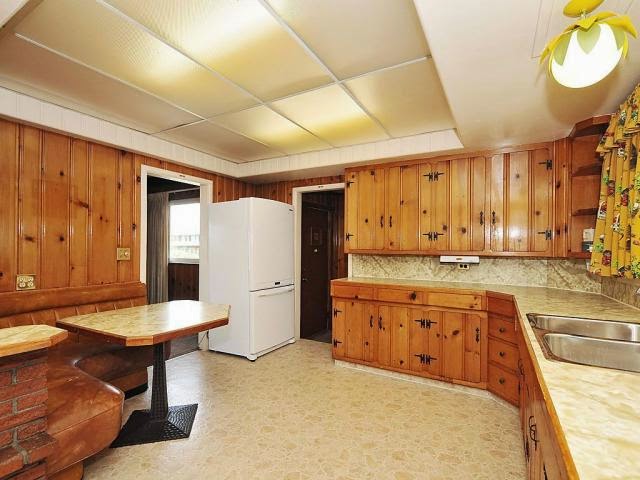 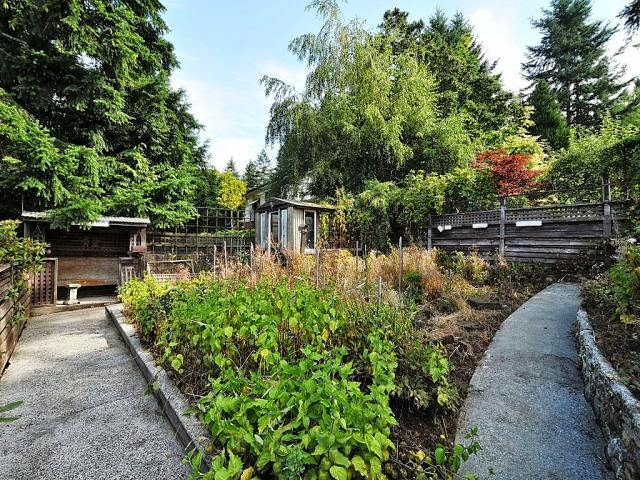 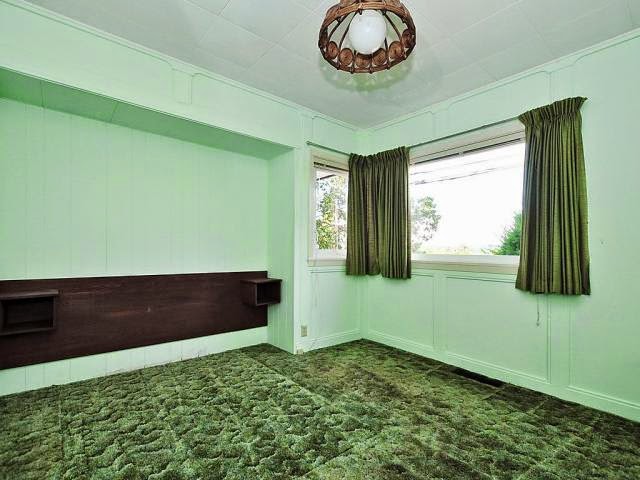 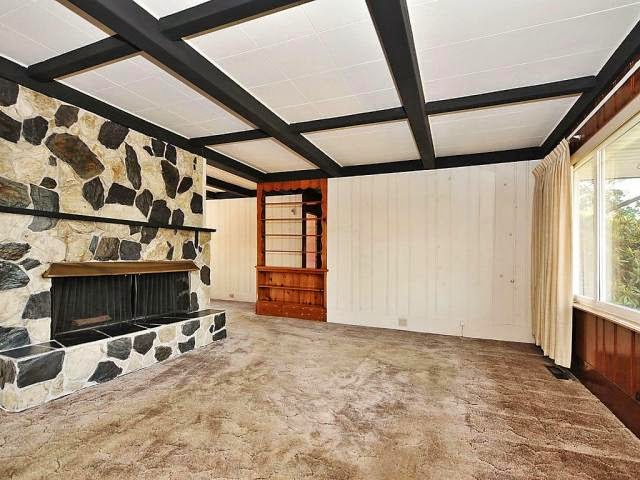 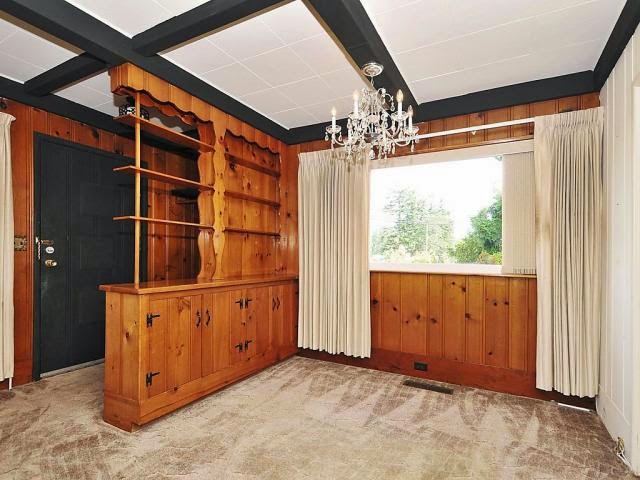 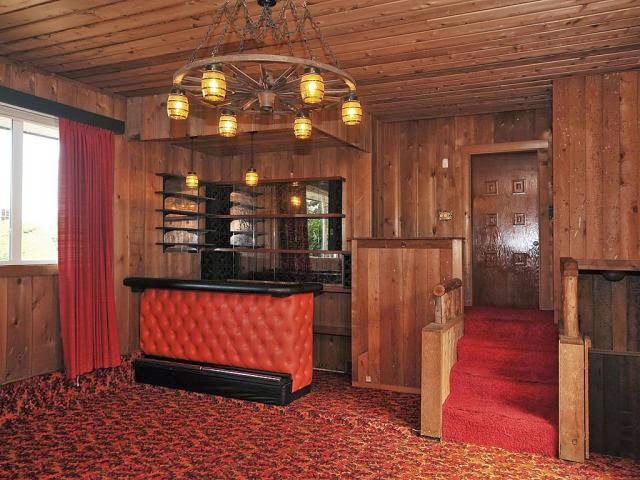 I know what you're all thinking...THIS thing was your dream house!? Yes, people, yes it was.  While most viewers couldn't see past the mushrooms growing out of the carpet, we took one peek in and said, "We'll take it!" (We left the mushrooms there, just in case there were any other keeners like us hoping to snag what we think was a seriously smokin' deal).

Let's back track a wee bit.  When I was 17 and freshly returned from a school exchange to Germany I made a list of all the things I wanted in a boyfriend.  This list was fairly specific and I wasn't "on the prowl", as they say, but I just thought I should put out to the Universe what I wanted.  Within four months of writing that list I met Joel and I knew within two weeks of dating him that we would get married one day.  Joel and I used this same "Hey-Universe-this-is-what-we-want" approach when we were house hunting.  Here are a few things that made our dream house must-have list:

-parking for two cars that did not require one car to be moved in order to allow the other car out
-a space for me to practice yoga
-three bedrooms
-an outdoor green space for a garden
-a "fixer upper" so we could add our own touches
-something unique...we aren't really the kind of people who enjoy "cookie cutter" homes
-neighbourhood was key: trees, forest, trails, nature...important!
-absolutely no more than our max budget

Well, well.  For those of you who have been to our house, you know how much we love it.  We got all those things on our list up there PLUS some! The "fixer upper" detail, in particular, we got tons of.  Joel, and a handful of incredibly generous and talented friends/family, have worked endlessly on our house since we took possession just over two years ago. Our house has had its fair share of ridiculous problems that a home inspector just a) doesn't care to look for or b) can't actually discover in a few short hours of "inspecting".  We had some serious perimeter drain issues...read: we didn't have perimeter drains.  The lack of drainage caused some minor flooding (I say minor because it was just puddles, no lakes) in our crawlspace every time it rained for a handful of days.  This flooding found Joel digging a 7 foot trench alongside our house in order to install the proper pipes and pumps to guide the water away from our house.  While Joel was digging the trench he discovered our house actually does not have footings.  Awesome.

Last summer Joel spent four to six hours every single day after work demolishing and rebuilding our spare room and laundry room.  We also ran in to some problems on that side of the house (also perimeter drain related).  Some of the support beams in the floor on that side of the house were entirely rotten; therefore, one of the exterior walls was being supported (wait for it....) by the roof!!!  The roof was supporting the floor.  No wonder that old spare bedroom had a serious lean to it!  The plywood underneath the flooring of the laundry hall also was completely rotten (surprise!) Needless to say, as with most DIY home projects, things got messy, messier, and then oh-so-pretty.

I must share something I learned about Joel during this whole process: this man is one of the most creative humans I have ever met.  I've had the pleasure of getting a glimpse into his brain during all these home renovation projects and I still don't think I fully understand how it works.  Somehow Joel is able to look at a room, measure it out, come up with a design idea and then execute that idea, while doing the plumbing, wiring, painting, building, etc. all on his own.  My brain is not really made for this kind of creativity, especially when Joel says, "Here, let me draw you a picture to help you understand..." Nope.  That just makes it worse.  It probably has something to do with the fact that I'm insanely impulsive and don't have the patience to use a measuring tape to "measure twice, cut once".  This is why we make such a great team! I choose paint and bedding colours, he does the rest ;)

When we first moved in to our house I walked around the shambles one morning (with shoes on, of course) sipping a cup of coffee and thinking, "This is my house!"  I'm not kidding when I say I have a moment like this at least once every day.  I love this house so, SO much. 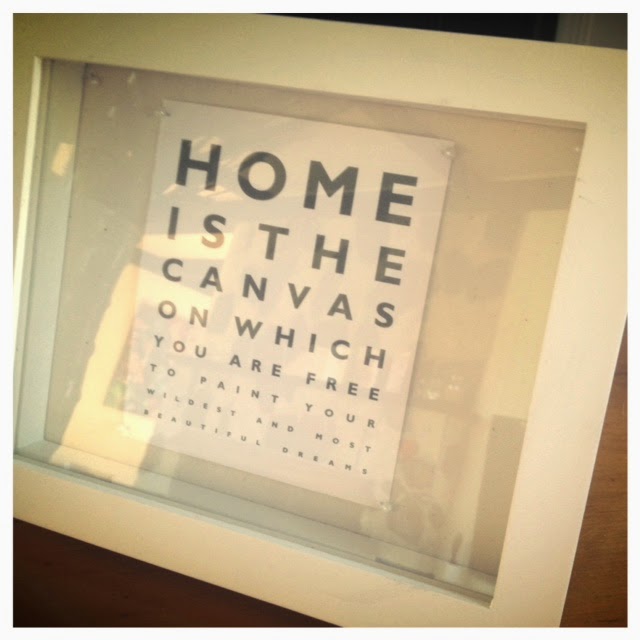 
PS - I am currently on a kick to European-ize our house as much as possible.  Once the redecorating is done I will take more photos and share some "after" shots.

Posted by Karley Alleyn at 9:30 AM